The Nothing Movie The Official Site for the Feature Film

The Nothing: What’s next? 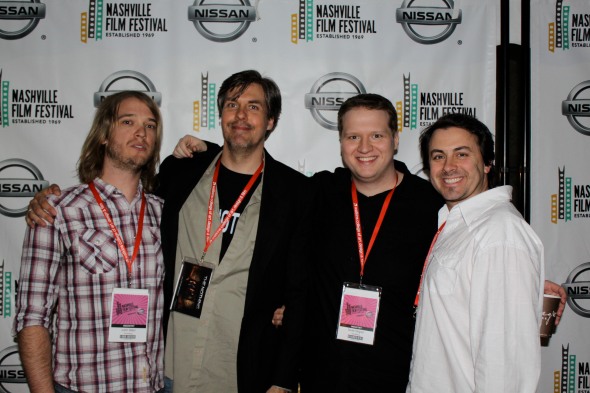 The Producers on the red carpet at The Nashville Film Fesitval

THE NOTHING’s world premiere at the 2011 Nashville Film Festival was a huge success! Thanks to everyone who came out and supported the film, and for the great feedback we received. Our opening night screening was a sellout, and part of the largest opening night in the NaFF’s 40+ year history.

The Cast with Director Josh Childs at the 2011 NaFF

The evening was a dream come true for the Released Pictures team after many years of getting to this point. The version of the film screened at the festival is still in need of some various post-production tweaks, and we are currently busy getting those done, as well as planning the next stages of getting the film out there for people to see. Stay tuned to this site and our facebook page for more updates as they come.

Buy THE NOTHING on DVD!

Click the Image to Order THE NOTHING on DVD!

Promote Your Page Too